his year's OCARC Christmas Dinner was held at Marie Callender's Restaurant on Euclid Ave. in Anaheim on Sunday Evening, December 14. The event begins at 5:00 PM.

“Sailing the Pacific with HAM Radio”
and Club Elections

Our guest speaker was Sue Guilford - N6OWT. Sue described sailing the Pacific Ocean with her husband in a small sailing boat. Ham radio provided routine, and occasionally life-saving communications. From the beauty of French Polynesia to the terror of a typhoon, Sue told of her adventure.

Also OCARC elections were held to choose officers for 2004.

The 2003 ARRL Southwestern Division Convention was held in Long Beach at the Hilton Hotel 701 West Ocean Blvd. The event was well attended by OCARC members.

The September OCARC meeting was held at the Orange City police station at 1107 N. Batavia Ave. The presentation was an introduction to CERT, a new emergency community program. After the presentation a tour was given of the police Radio Dispatch Room and the new Mobile Command Center. The meeting and tour were organized with the cooperation of the Orange Police Department at COAR - City of Orange Radio which is a volunteer arm of the OPD.

Recent ARRL FD rule changes allow Field Day participation / competition  throughout North America and South America. A total of 10 hams, five from Cuba and five from U.S. operated COØUS during the 200 Field Day. This was the first joint effort for Field Day in Cuba. Bill - W1HIJ talked about the problems they encountered, how they fixed them, and related interesting stories about their FD adventure.

Joe Moell - KØOV presented a program on radio direction finding. Joe showed simple RDF antennas and how to use your body and a standard VHF handheld to judge the direction of a signal. Areas covered were mobile T-hunting, radio-orienteering, and international RDF contesting. 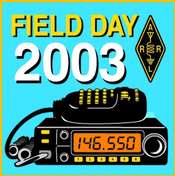 April explained about the Hospital Disaster Support Communications System that aids our Orange County hospitals during communications outages. This system played an important role in the aftermath of the April 2002 train wreck in Placentia.

Discover Corisica for yourself at this month's club meeting.  Join noted photographer and raconteur Art Goddard - W6XD, for an illustrated tour of this remarkable land and its proud people.

What attracted the Phoenicians, Carthaginians, Imperial Romans, Goths, Byzantines, Saracens, Genoese, Spaniards, and French to the wild, rugged island of Corsica?  Was it Slave Gathering?  Trade Expansion? Territorial Conquest?  Worldwide DX Contesting?  …Well, it certainly was the latter that attracted our perennial ham radio contest group to this “mountain in the sea”.

Members of the OCARC supported the Orange and Garden Grove police teams with communications in the Baker-to-Vegas law enforcement relay race. 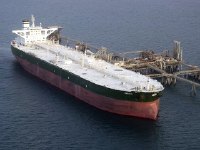 “Being a Radio Officer on Super Tankers”

The guest program speaker was Margaret Signorelli, WA6PZO , one of the first women to take her amateur radio hobby to sea. Margaret talked about being on the first ship in Valdez, Alaska after the Exxon Valdez went aground, and the real story behind the incident.

Although Amateur Radio is basically a safe activity, in recent years there has been considerable discussion and concern about the possible hazards of EMR, including both RF energy and power frequency (50-60 Hz) electromagnetic fields.

“Hams and the Tournament of Roses Parade”

Dave Buhler - WB6ZGF was the guest speaker at the January meeting. He described the planning and operations required to provide communications for the world famous New Year's Day Rose Parade.